17th Pravasi Bharatiya Divas (Non-resident Indian Day) was celebrated virtually using Zoom Webinar format. Pravasi Bharatiya Divas (PBD) commemorates the contribution of the NRIs to the welfare and development of India. This year it is also the occasion of the 75th anniversary of India’s independence.
At the very beginning, a 2-minute video was played out about PBD and OFIC. The program started with the speech of OFIC President Shiv Bhasker who talked about PBD history and the objectives of OFIC. Thereafter, His Excellency Ajay Bisaria, High Commissioner of India in Canada shared his thoughts. Bisaria Ji addressed live from India where the local time was around 1,30 am.  Following this Dr. Pradeep Merchant, recipient Order of Canada award, and MP Chandra Arya addressed the attendees. The program included two cultural performances. Shefali Adhikari was the emcee of the program. This one-hour program ended with a Vote of thanks by Dr. Narinder Garg.
The Zoom webinar technical side was managed by Mr. Puneet Aggarwal. Other members of the OFIC executive team who worked behind the scene were Nagmani Sharma, KulBhushan Kapoor, Hemant M. Shah, Rohan Mody, and Piyush Dolia. A total of about 75 persons attended the webinar.

Click the following link to watch the event:
https://www.youtube.com/watch?v=Y0Ajfl8Pipo&ab_channel=OFICOTTAWA 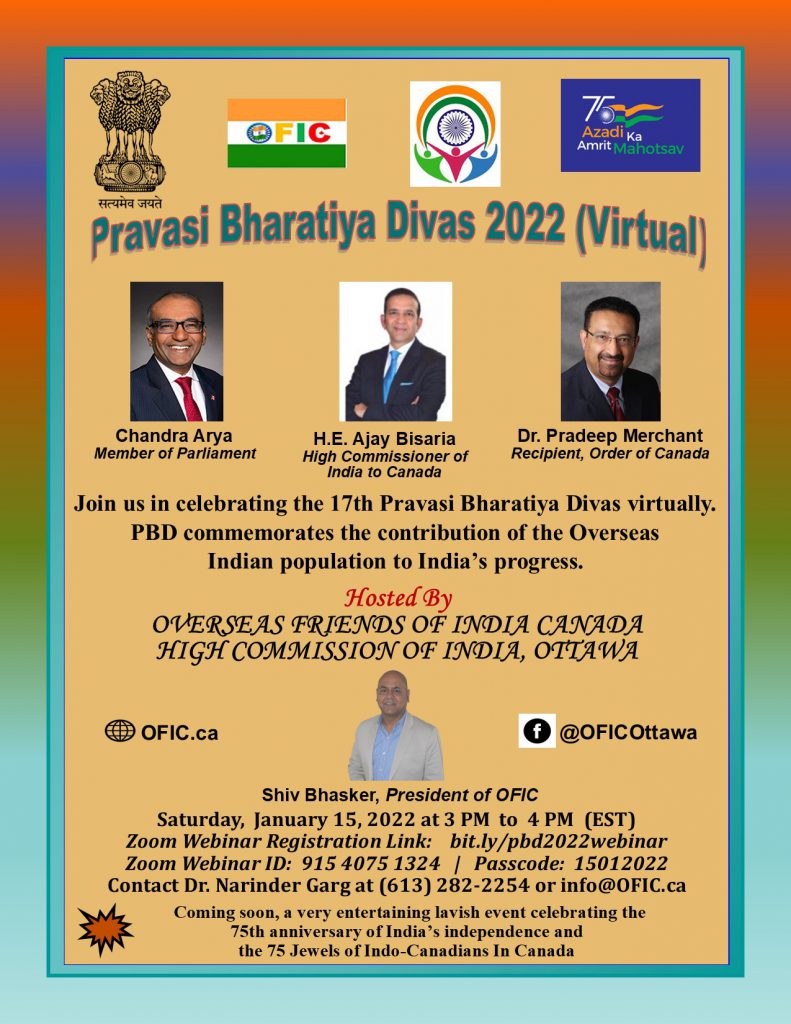 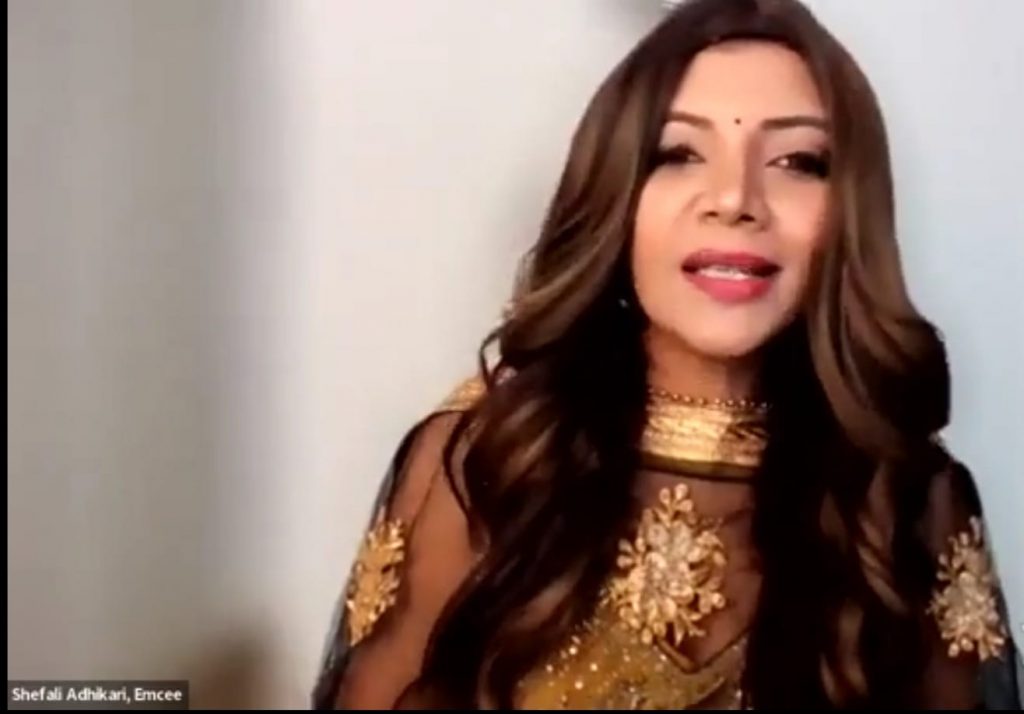 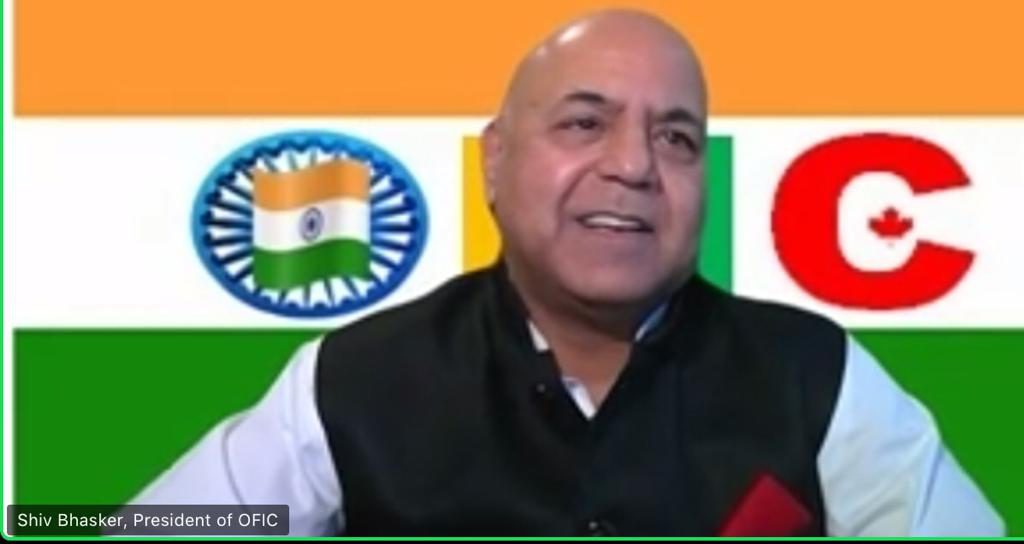 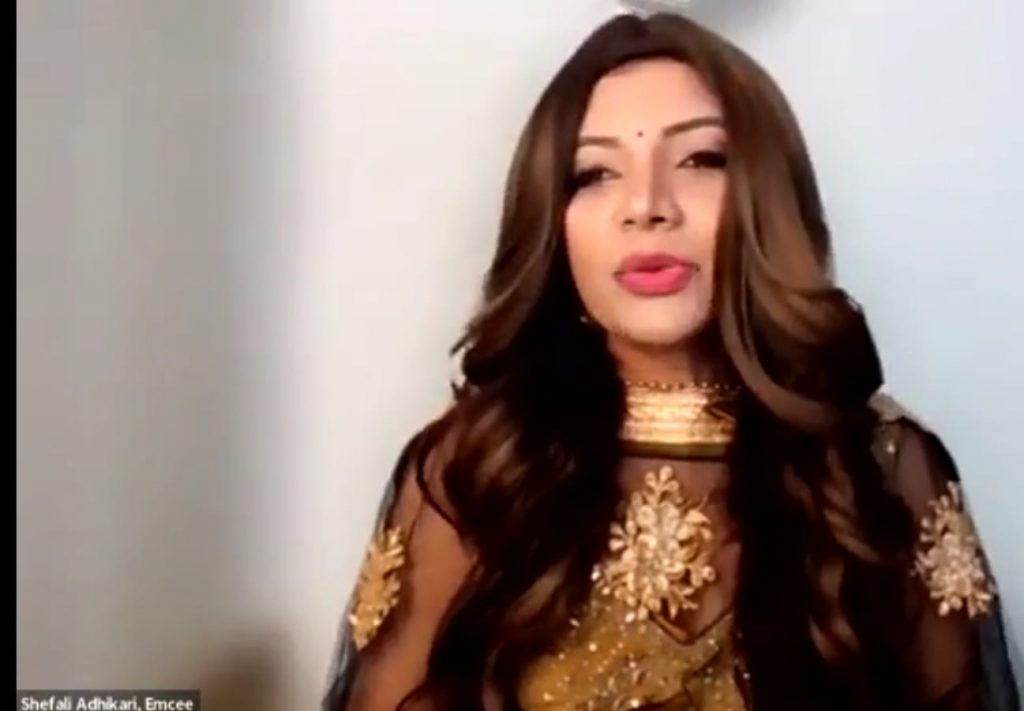 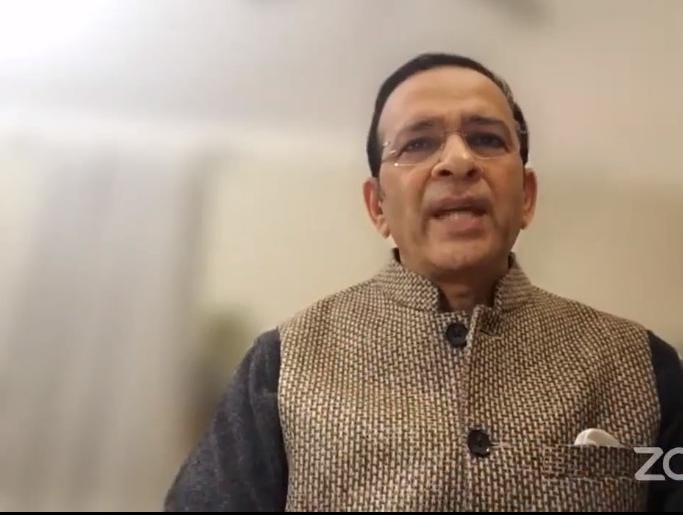 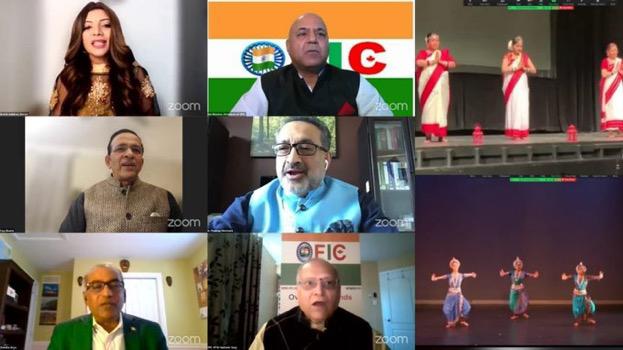 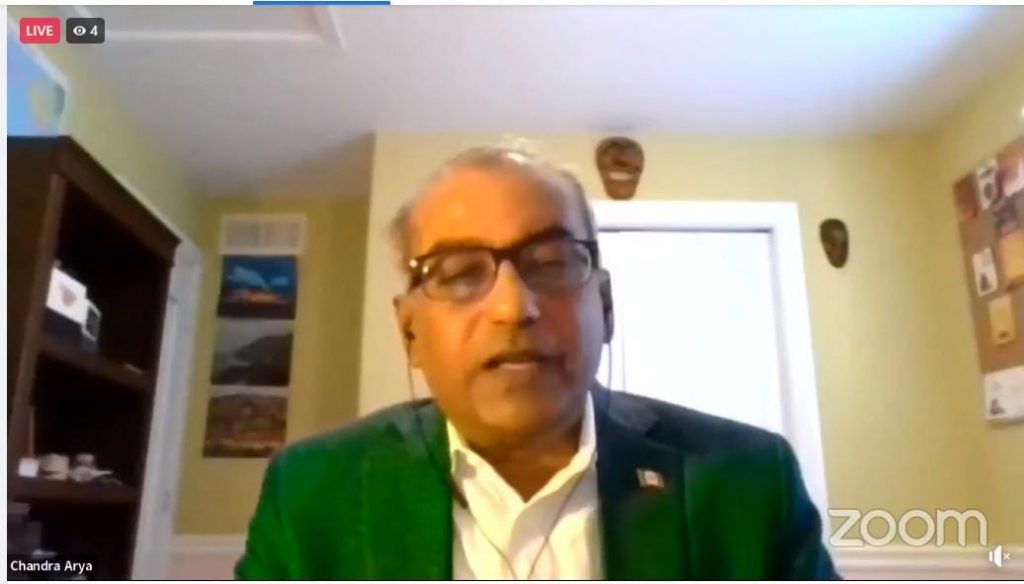 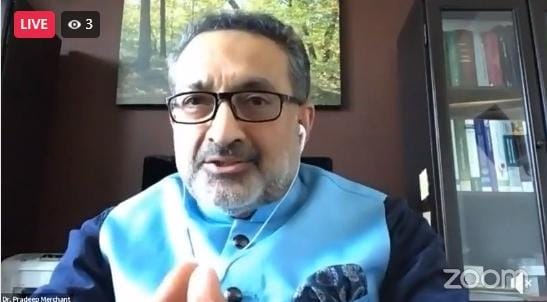 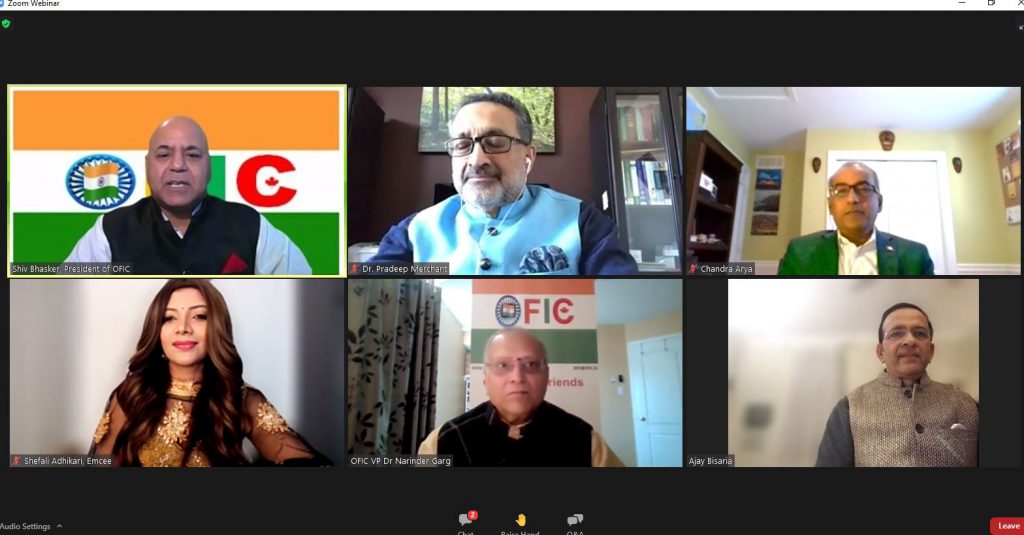